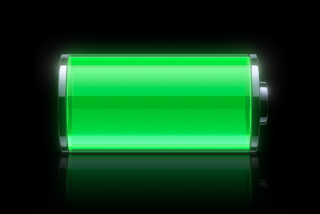 
“Talison Lithium Limited ("Talison" or the "Company") (TSX:TLH) announced that it has today concluded its discussions with Windfield Holdings Pty Ltd, an Australian incorporated wholly-owned subsidiary of Chengdu Tianqi Industry (Group) Co., Ltd (together "Tianqi") and reached agreement under which it is proposed that Tianqi will acquire the balance of the ordinary shares that it does not already own and options in Talison by way of schemes of arrangement for a cash consideration of C$7.50(1) ("Tianqi Schemes").

On November 19, 2012, Talison received a non-binding, conditional proposal from Tianqi to acquire all of the Shares of Talison which it did not already own for C$7.15 per Share via a scheme of arrangement.

On November 21, 2012, the Talison Directors determined that to meet their fiduciary duties Talison would engage with Tianqi and its advisers to determine if the Tianqi proposal represented a superior proposal (as defined in the Rockwood Proposal).

On November 23, 2012, Tianqi received notification from the Australian Foreign Investment Board (FIRB) that it has no objections to Tianqi's proposed acquisition of Talison. Following receipt of this notification Tianqi would own 19.99% of Talison's issued share capital.

At the conclusion of negotiations between Talison and Tianqi an offer price of C$7.50 per Share was agreed. This values the equity of Talison at approximately C$848 million on a fully diluted basis.

The cash consideration of C$7.50 per Share offered under the Tianqi Scheme represents:
Resource Capital Fund IV L.P. and Resource Capital Fund V L.P. (collectively, the "RCF Funds") have each confirmed to Talison that, in the absence of an offer which the RCF Funds determine is superior, each of the RCF Funds intend to vote in favour of the Tianqi Share Scheme in respect of the Talison Shares held by them at the relevant time." 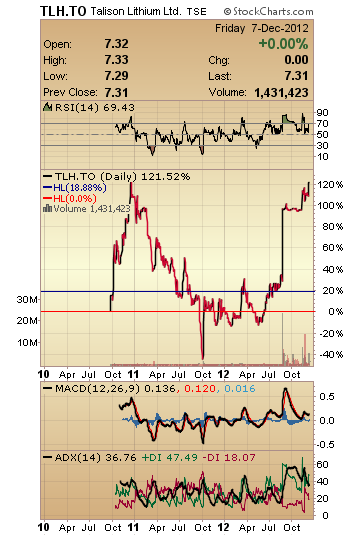 As a student of the market I have to say that I am extremely impressed with the chess game that Sichuan Tianqi Lithium Industries Inc. (CH: 002466) ("Tianqi") has played in its pursuit of Talison Lithium Ltd (TSX: TLH).  Going head to head with NYSE specialty chemical giant Rockwood Holdings Inc. (NYSE: ROC) (which announced its own unsolicited $724,000,000 all cash bid for TLH back in August) -  Tianqi (Talison's largest buyer of Lithium concentrate) quietly acquired 15% of TLH for approximately $6.50 per share.  Following this announcement Talison received a non-binding, conditional proposal from Tianqi to acquire all of the Shares of Talison for $7.15 per share on November 19, 2012.  Negotiations between Talison and Tianqi resulted in an offer price of C$7.50 per Share. This values TLH at approximately C$848 million on a fully diluted basis.

Tianqi's bid of C$7.50 per Share represents:
To all of our Salares Lithium Inc. (TSX.V: LIT) and Talsion Lithium Ltd. (TSX: TLH) readers and shareholders who stuck with this story - congratulations.  This is again, Discovery Investing 101.  The Tianqi bid represents approximately a 1,671% ROI (557% per year ROI) in the past three years for Salares Lithium Inc. shareholders who held there shares since December 9th, 2009.

I am an advisor of Talison Lithium Ltd. (and formerly of Salares Lithium Inc.) and own shares in the company.  As always please do your own due diligence.

Posted by Johnston-Sequoia Research at 11:22 AM