Technological Ascendancy in an Age-old Search 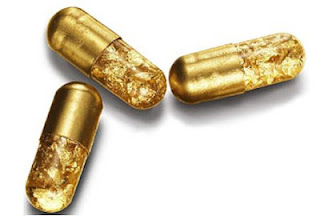 “The Awakening Project is located approximately 53 km (33 miles) north-northwest of Winnemucca, Nevada, and 5 km (3 miles) north of the Sleeper Gold Mine. The fault zones and host-rock geology that control the gold mineralization at the Sleeper Gold Mine continue northward to Awakening along the same range front geologic setting.
NGE identified elevated gold and trace elements in the groundwater at Awakening during its reconnaissance groundwater chemistry sampling program.  The Awakening Project is a fully covered pediment target that has seen limited exploration to date.  NGE secured the target by staking unpatented mining claims, and leasing 15 unpatented mining claims.”
--- Nevada Gold Inc.: Awakening Gold Project
Johnston-Sequoia Commentary:
Very seldom do we see major technological advancement's in the field of gold exploration.  The same old story of stake claims, sample, geophysics, drill & repeat is a recurring theme in the gold exploration industry.  I've often wondered why (apart from Peñasquito) more major gold discoveries have not been made since the beginning of the current gold bull market?  A possible explanation may be that we have not properly adapted the way we systematically go about searching for a major discovery.  When exploration programs were being funded by major companies (drilling 40,000 ft at $75 per foot) - a $3,000,000 exploration drilling program was a "ripple in the pond" on the balance sheet.  In today's environment a $0.10 incubator stock would have to issue 30,000,000 shares (and likely 60,000,000 on a fully diluted basis) to do a $3,000,000 round of financing.  With this at stake you better be right on where you're drilling.
This is where technology and arguably more importantly the way we think of gold exploration becomes so important.  Some of the names that have changed the way we think of gold exploration (in particular in the state of Nevada) include; Ralph Roberts, John Livermore & (as many of our readers know) Ken Snyder.  Please see bio's below:
"Ralph Roberts - was an American geologist and research scientist with the USGS. He is credited with the discovery of the Carlin and Battle Mountain Gold Belts, which make up the richest gold-mining region in Nevada as well as the United States."
--- Ralph Roberts Wikipedia Page
"John Livermore - is an American geologist who has discovered or helped to discover four major gold deposits in northern Nevada. The Carlin deposit, from which the current Nevada gold-mining industry grew, was his first discovery. In 1961, after reading an article by Ralph J. Roberts, Alignment of Mining Districts in North-Central Nevada, and then hearing a talk by Roberts, Livermore, then a Newmont Mining geologist, pursued Roberts' theory to track down the 4 million ounce gold ore body now known as the Carlin Mine. The entire Carlin Trend has now produced well over 50 million ounces of gold."
--- John Livermore Wikipedia Page
"Ken Snyder - PhD, P.Geo, has over 28 years of national and international exploration experience directed toward the discovery and mining of precious, base metal and mineral deposits. Highlights of his career include the discovery of the Templemore Lead-Zinc Deposit in the Republic of Ireland and the discovery of the Rex Grande gold vein in Nevada, which became known as the Ken Snyder Mine and is currently in production with Newmont Mining. As a mineral exploration geologist, Dr. Snyder specializes in the planning, design coordination and implementation of mineral exploration programs."
--- Terraco Gold Corp.: Management
With the discovery of 30,000,000 ounces of gold should Wade Hodges name and methodology be considered as part of this list?
After being introduced to the story at the California Resource Investment Conference in Palm Spring's we  are initiating coverage on (and are shareholders of) Nevada Exploration Inc. (TSX.V: NGE | US: NVDEF).
As always - please do your own due diligence.
Posted by Johnston-Sequoia Research at 10:08 AM