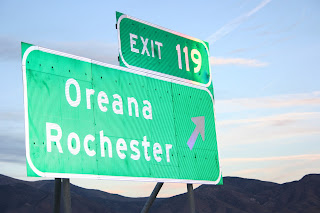 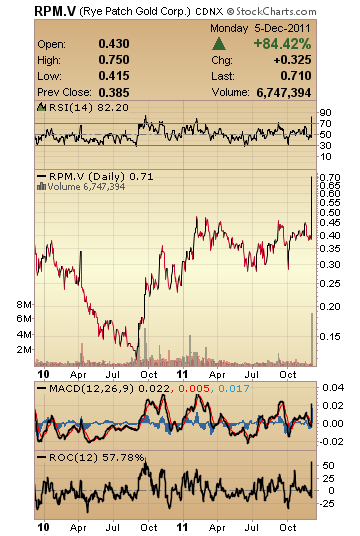 Johnston-Sequoia Commentary:
The image below will be familiar to many of our readers (please keep in mind that the image is counter intuitive - i.e. you're looking south). The purpose of the image is to articulate the dominance of this evolving district in Pershing County Nevada.  Over the past three years we have watched this district evolve with Midway growing Spring Valley from 993,000 ounces in 2008 (in a "blind" Alluvium covered basin) to 1,835,000 ounces in 2009.  Within the span of nine days the world's largest gold company joint ventured the project (March 11, 2009).  Since that time Barrick Gold has grown the deposit to 4,100,000 ounces of gold in the inferred category (still open to the north and at depth). Previous to the tremendous work that was done by Midway this was long thought of as a silver district.  This of course is because the Coeur d'Alene Rochester Mine is one of the largest producing silver mines in North America over the past twenty years (125,000,000 ounces of silver and 1,200,000 ounces of gold produced since 1986) and has just recently returned to production.  It's very well documented that the Blackridge Fault is the structural control at Rochester which is makes Rye Patch's new claims so significant.  Shall be very interesting to monitor the progress over the next few months as this new ground is explored by Mr. Bill Howland's exploration team.

To round out the companies working along the Blackridge fault we would be remiss if we did not mention Terraco Gold Corp. - which remains our top overall pick from a pure value investor standpoint.  Terraco continues to drill arguably the last untested area along this evolving Humboldt district.  We are advisors of Terraco Gold and are shareholders as well.  As always please do your own due diligence. 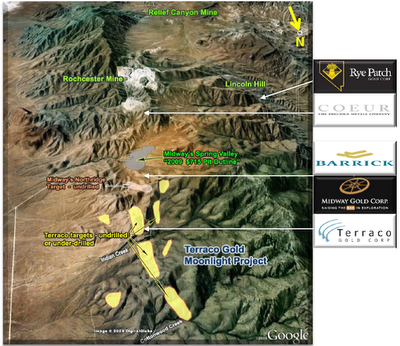 Posted by Johnston-Sequoia Research at 3:25 PM